Our development method was forged in the fires of a game jam. Seth and I are both self-taught in programming, art, and whatever else we've needed done over the past year to get our games going. 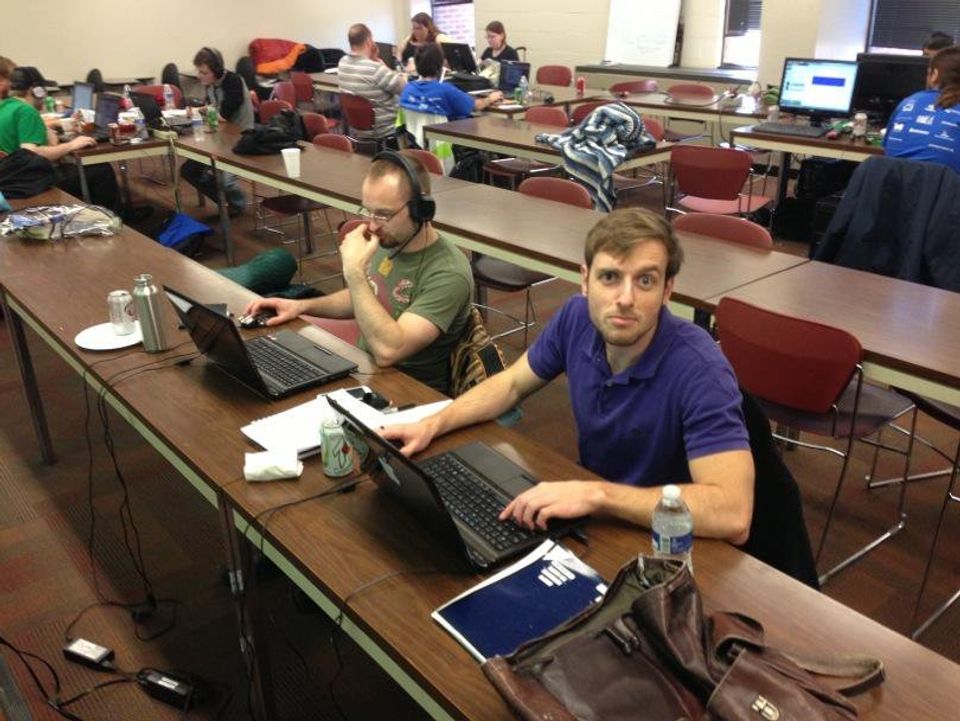 | Over at the GGJ site this past weekend, throwin' brows |

My intention in writing this little missive is to persuade those of you who do jam already to keep doing so, and those of you who have not yet participated in a game jam but are curious to take the leap into something wonderful. 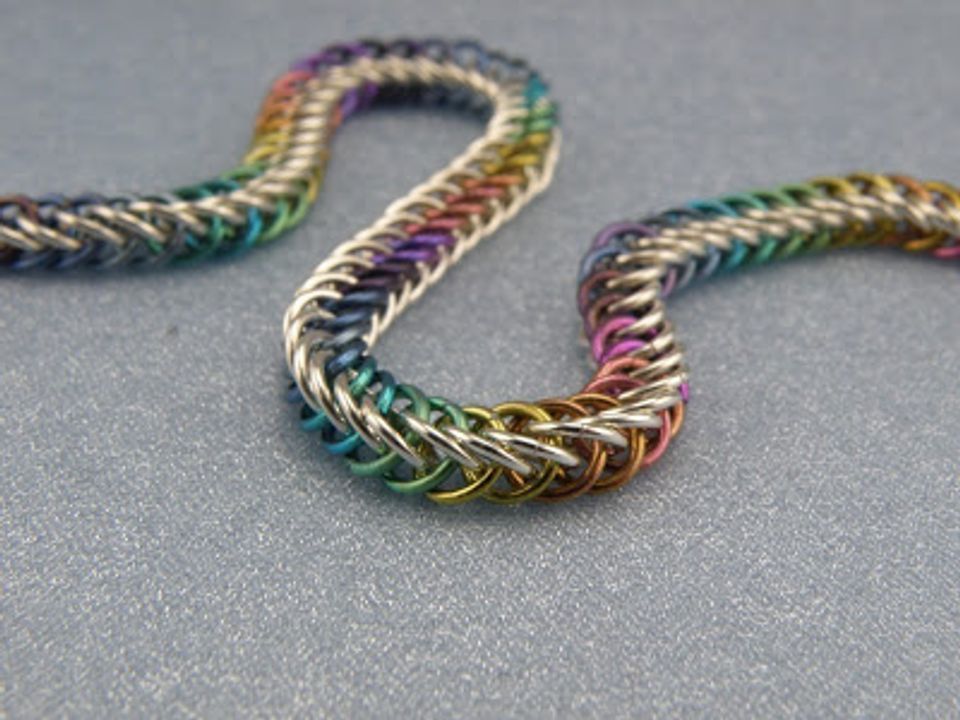 There are few times in life where we ask to be put in a bind. We're constantly echoing the ideas of a utopia in which we have infinite time to do infinite things.

This is, however, completely antithetical to the way we humans get things done. You'll probably be able to recall those days where you had hardly anything to do save for maybe one important task. Rather than being able to simply burn through that task and move on, it's highly probable that instead you languished in a sort of "OH NO I HAVE TO DO THIS THEEEENGGUH" state while staring at cat pictures for hours, only to realize that midnight had rolled around and you sat drooling at a brightly backlit screen with an empty bag of wheaties to your right and a fully evaporated cup of tea to your left.

Constraints are what make us think. They are what give things weight and allow us to exercise creativity. Recognize that every constraint placed upon you, inside the game jam or out, is an invitation for you to apply that meaty coil of material you have inside your skull to reality, with the possibility of making it, and you, better.

Tony Stark didn't build the Iron Man suit in his fancy lab. He built it in a cave with a box of scraps because he had a piece of metal about to pierce his heart.

The Game Jam is a cave, and the theme your heart-attracted shrapnel.

The first game jam Seth and I did together we, along with two others, created a game called Lanturn. I was fresh off a few months of web development for my part-time job and so the only thing I could, with consistency, create, was icons.

We were standing at the tip of 48 hours, I was told to "ART THANGS", and all I knew how to do was make triangles and squares look more like Play, Back, or Pause buttons. 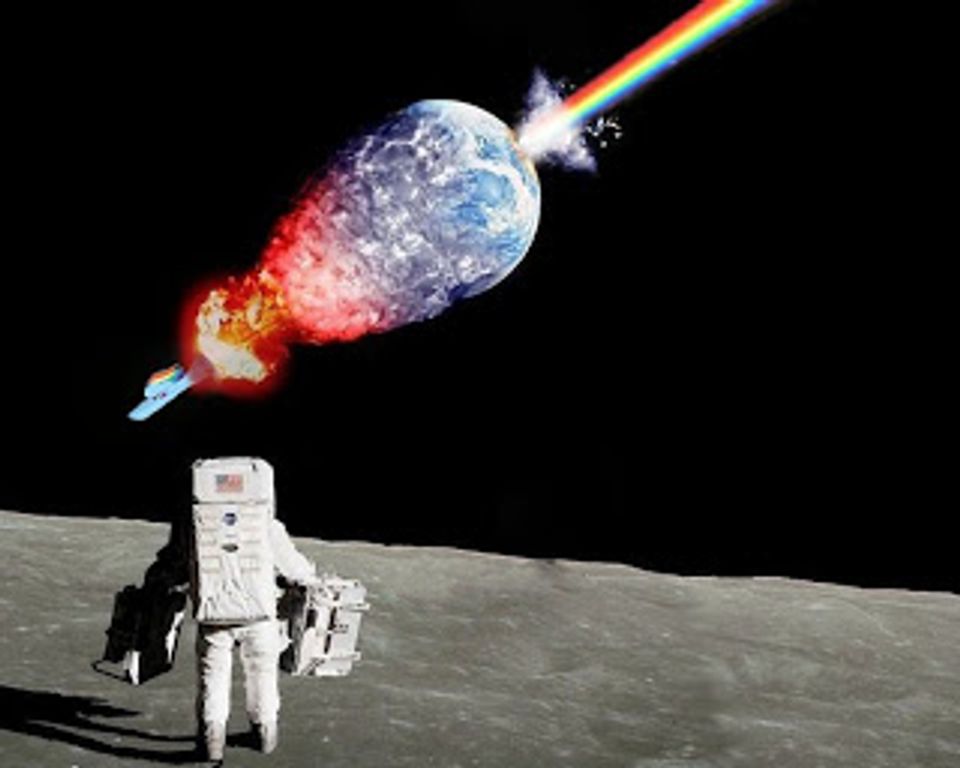 | This doesn't look good. HEY WAIT IS THAT RAINBOW DASH!? |

We finished the game and I was astonished at the number of people who complimented the "art style" of the game. It was glowy, simple, and so abstract as to be infuriating (who knew those discs of light would explode you?). But this proved a great point to the two of us.

It's okay if your art is mediocre, so long as its consistent. If you have consistent artwork there's a high chance people will look at it as though it were an intentional design decision and complement you for your sense of style.

We've noticed a lot of jammers getting this backward. Rather than have fewer art assets in the game that look roughly the same, they have a mix of photoshopped pictures, clip art, vector art, and photorealistic art all piled atop one another. Pick one and stick with it. Your game will be prettier and more played because of it.

Adam, Seth and I work very well together. Chock that up to 23 years of brawling and attempting to assassinate one another if you will, but looking back over this last jam I picked out a few key points in our discussion method that saved us from delivering an unplayable, unpolished game.

Yes and... is the golden rule of improvisation. When someone suggests something in a scene you never, ever disagree. You roll with and add to it. It's what causes Who's Line Is It Anyway to be so damnably fun to watch. They never stop to argue about which direction the plot is to unfold, it simply unfolds. We follow a similar approach when we sit down to design a game. We let the ideas flow and meld together up until we know what the rough shape is going to be. Don't worry about shooting ideas down if they're in scope. Meld your brains together and see what you can get.

Know when to talk You don't have time to take your platformer to Super Mario town. The trip is too long and SOMEONE on your team forgot to pee before you hit the road. 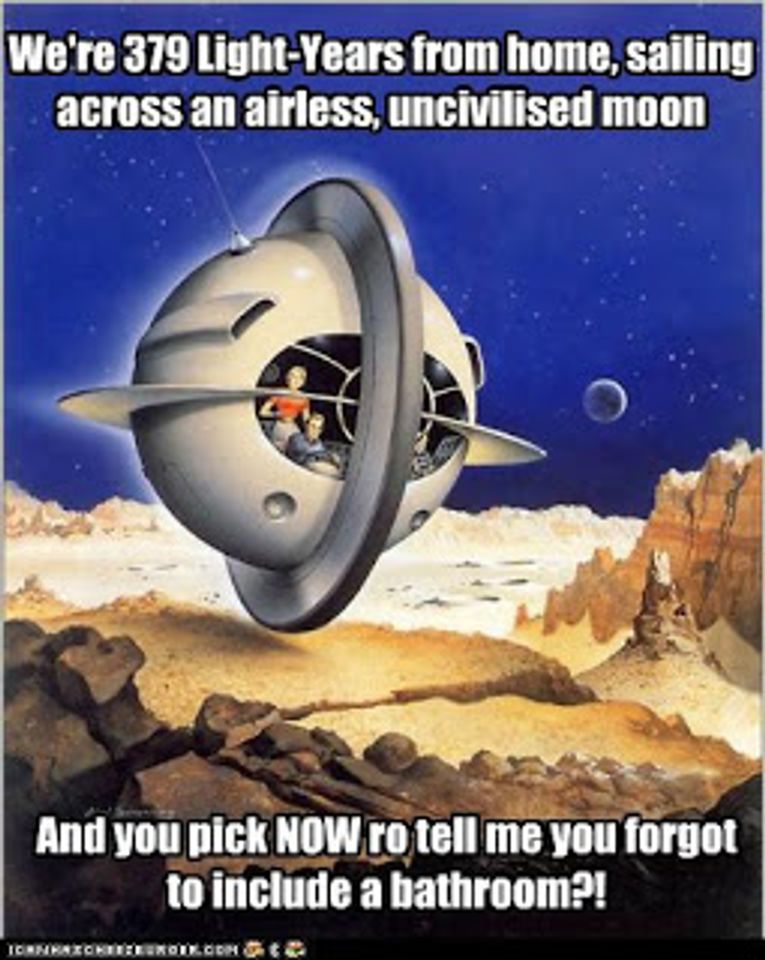 You don't need a lot of design or content decided on to begin building the game. Once you know the basic framework (platformer, puzzle, runner, towerdefense) people should be moving to get the basics in place. Discussing what the "end-game" is going to look like is a complete waste of your team's time until you're closer to the end of the game.

For example, I was all about throwing spikes and pitfalls into I KNOW CPR! Adam and Seth entertained the notion before we got into the meat of the game, but we didn't spend an hour debating it up front as we had no clue how the game was actually going to play. Once we built the thing and put some polish on it, I brought up the spikes again. After a very short discussion it became clear that spikes as a death mechanic would violate the overall goal of the game. Would we have decided to have that discussion at hour two we could've delayed development uselessly. 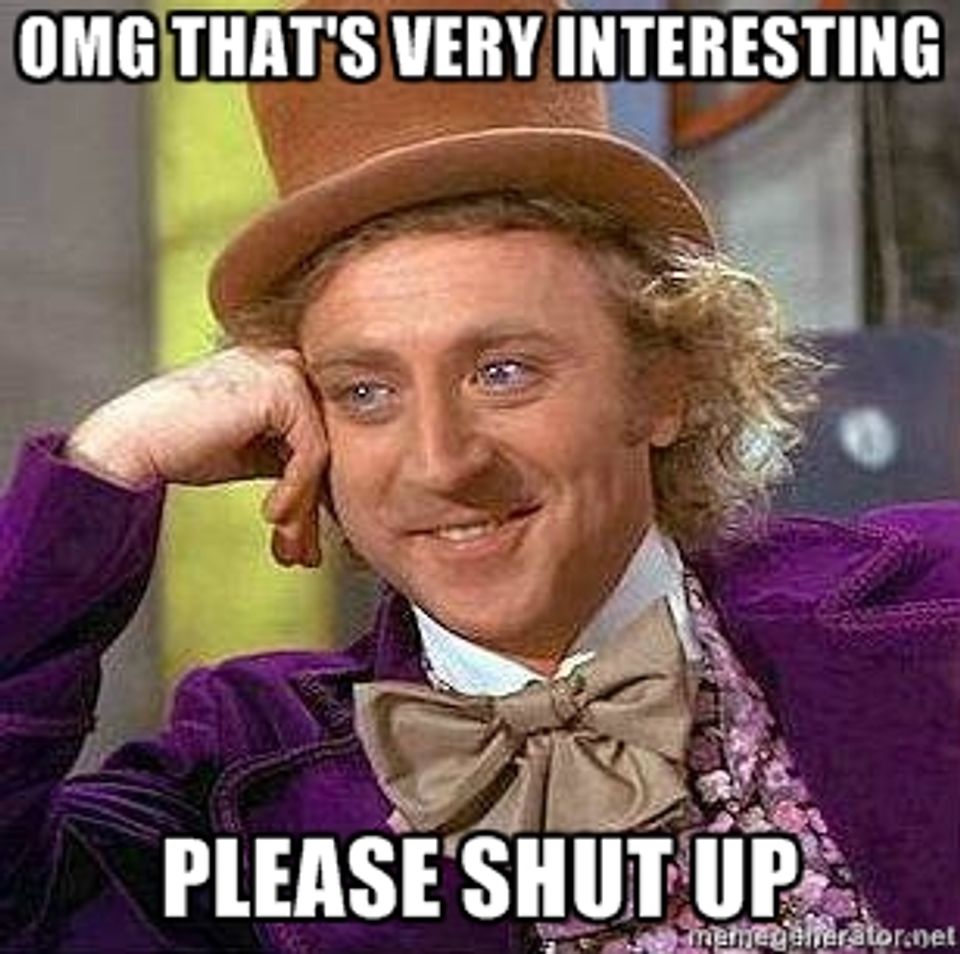 We see a lot of teams having very little to show for their thoughtwork at the end of the first jam day. The trick here is to identify when you need to be talking and when you can go ahead and build things, and then act appropriately. 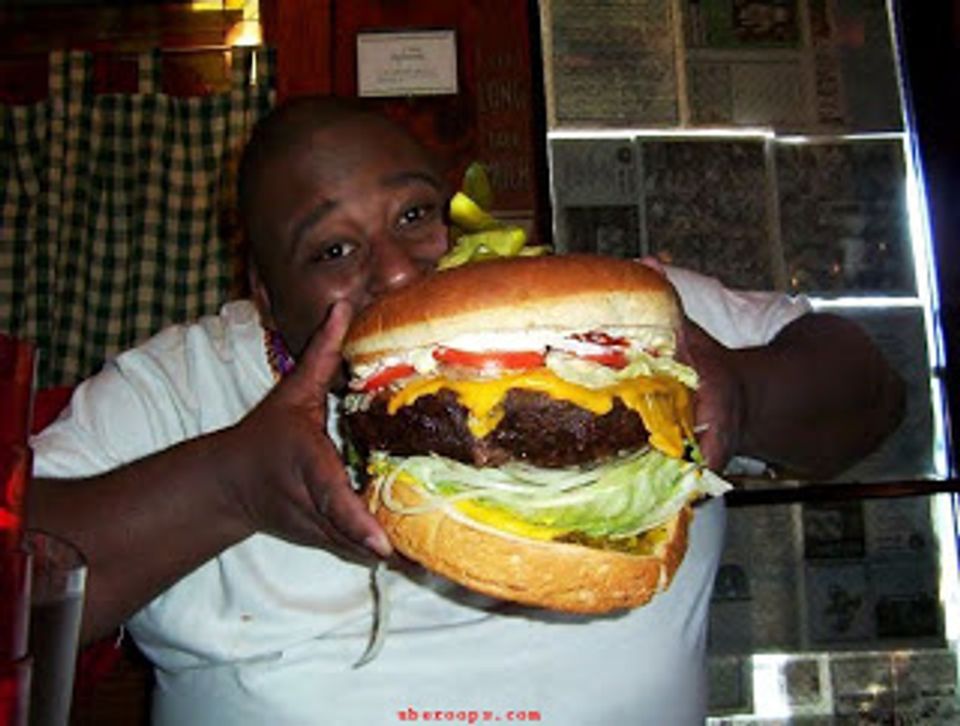 | Looks tasty, gives you the diabetes |

It is better to deliver a two minute, polished play experience than it is to deliver a 12 minute grindfest with no discernible point or ending.

While we've gotten good feedback on our past game jam games we got the most compliments on the feel of this one. It is almost as simple as it can get, and yet it stands as one of our most proud pieces because of its sense of completion.

Take a small, savory bite rather than one that breaks your jaw.

You're Better Than You Think

Back in the day our bear-like swim coach would give pep talks that always started the same. He'd tell the lot of us that "Every single person puts their pants on one leg at a time." While we've found evidence otherwise, the thought behind his oft repeated quote remains pertinent.

Every master craftsman, every champion or Olympian starts at the same level of skill: none. 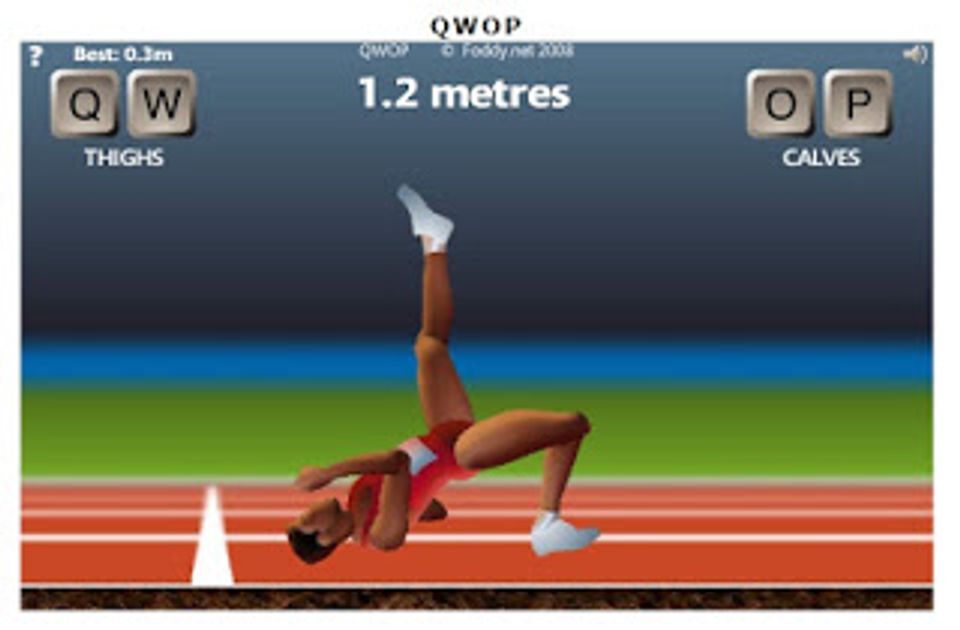 | He can't run but DAMN CAN HE BREAKDANCE |

Despite there now being clear and compelling evidence that nearly everything a human can do is skill-based, rather than a simple factor of "talent", people still mistakenly believe that they are simply not cut-out for the skills that are required for certain parts of game dev.

You don't need to have any previous experience to crank something out in 48 hours. That's what's so great about a game jam. The first one I did I had no programming experience whatsoever. I knew there were only going to be 4 people at it (it was St. Louis' first) so I had to be capable of making one myself, lest we all sit around and just design games. I did Gamemaker's built in tutorials for an hour and a half the night before.

Believe it or not, with a little help that weekend (thanks Elonka and Scott) I managed to make a fairly competent game. Which leads me to my bonus point...

But what was most interesting was not the game or the jam itself, but what happened afterward. That single act of learning to program over a weekend and having a tangible thing to show from it made me realize that

a lot of the sandbags I'd put in place to protect myself from failure were complete nonsense.

Game jams let you experiment not just with games but with your sense of self. You can choose to work together with a team, create something small and beautiful, and do something you've never managed to do before. There are few 48 hour periods in the normal course of life that are so productive, and none that offer a better opportunity to release your ego and see what your brain is capable of.

We'll be at the next St. Louis game jam, and we hope to see you there. 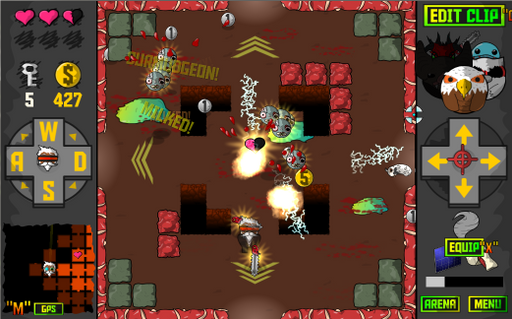 We're wrapping up TowelFight 2: The Monocle of destiny.

I KNOW CPR! is a co-op platforming game designed to highlight, with hyperbole, the impact of bad health on society at large.