In this issue of our jubilant mini-magazine we'll be giving you an early look at our upcoming game, dive into some gritty studio decisions, and celebrate some of the zany stuff you've been up to in the community. PLUS! If you've missed previous Ballyhoo issues you can now travel back in time through the archive to catch up on all the goodness you missed!

Time travel is neat, isn't it?

Highlights from this issue of the Bscotch Ballyhoo

Build a nightmarish deathtrap, a puzzle that would break Einstein's spirit, or an arena of enemy-bopping action in our upcoming platformer/maker, Levelhead. Then sit back, cackle maniacally, and share your creation with friends and followers. Checkout the above gameplay teaser and let us know what you think @bscotchshenani. You never know who'll respond! Except you do. Because it'll be me.

I wishlist, therefore I am

You can now wishlist Levelhead over on Steam. BUT WHY THE DICKENS WOULD YOU?! Well, it turns out that having a sizeable number of wishlists helps small-potato devs like us get noticed. If you like the games we make then do your part to keep us yoked to the keyboard, making things that make you chucklesnort. Use 30 seconds of your day to help us make Levelhead a success and pledge your wishlist to the cause!

"Can we change the review to seven [out of five] stars?" - TouchArcade

The gigantic Crashlands patch we've been plugging away on is finally live! New weapons, new combat, and new gameplay modes await, so get the update and discover all the changes in the official Patch Notes.

This was the first major patch created and deployed by Shi Chen, our game mechanic and Crashlands Caretaker. If you like the update be sure to stop by the community lounge and give him a high-five. But make it a gentle one because his hands are crispy from SLINGIN' SO MUCH DANG CODE.

Celebrate with some swag and a Crashlands comic

To ring in the new update we've created a 20% off discount code (COMBOVER) you can use on our merch store, and released the third episode of our popular Crashlands comic series. If you've ever wanted to cover your bod in sweet Butterscotch while diving into a richly rendered futuristic world of whimsy and woe... WELL NOW IS THE TIME.

What have YOU done?

This issue of the Ballyhoo we've got some Crashlands fan-art, a tragic Roid Rampage bug, a strategy for getting your potato to space in Flop Rocket, and a piece of fanmail. 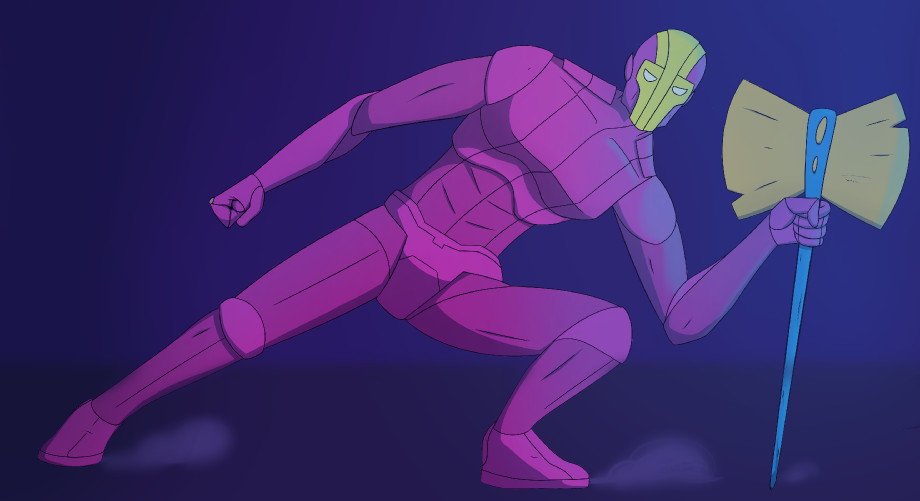 Shenanite @FlamingBeanie took mind to canvas to create this rendition of Flux and the legendary Butterfly axe. Are we, the viewer, a creature about to be crushed? Is Flux sliding to a stop after defeating the Baconweed Fairy, or before picking up a burrito from a workstation? Is this real life, or just a simulation? Are we free to choose our destiny, or is it dictated for us by the sisters of fate? Good art makes you ask questions, which makes us think that Flaming Beanie NAILED IT. 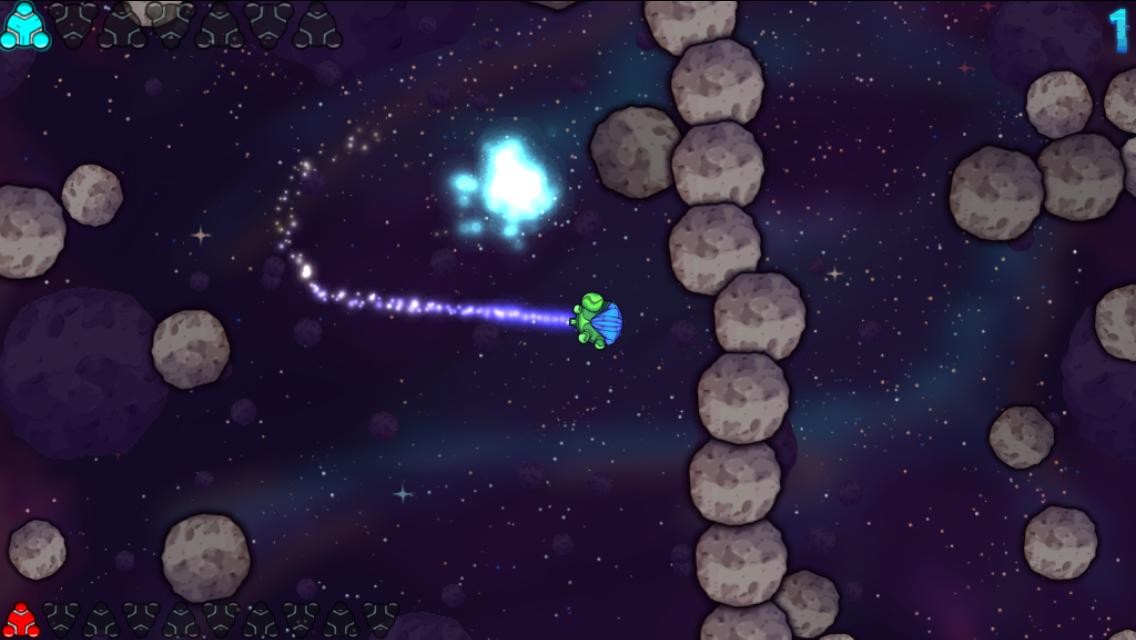 Shenanite IrishLuck found one of those edge-case bugs we hoped no one would run into... you know, the one where the asteroids in Roid Rampage occasionally spawn as an infinite wall! This is a wrinkle we still haven't figured out, so thanks to IrishLuck for the humbling reminder that after all this time we still have no idea what's going on!

Lagger shows you how to Potato

Shenanite Lagger has a secret to share. Flop Rocket has an ultra-difficult achievement obtained only by getting to space as a Potato (the ship transforms when you set the thrust to 0). Using a clever exploit, Lagger shows a better, easier way to get the achievement and leave your competition in the dust. Check out the video walkthrough to see for yourself - we certainly didn't plan for this, but it sure is cool!

Mike sends us some mail

Did you know you can send us fanmail? Shenanite Mike took advantage of our open mailbox and sent us a hilariously titled package. Reading the box was almost as good as eating all the candy inside. Almost.

If you want to get highlighted in the next issue of the Bscotch Ballyhoo for your gaming achievements then hop into the community discord, a chat lounge for Shenanites, and share them! We'll be on the lookout for more Crashlands Combover content to celebrate in the next issue, as well as any Levelhead fan art that springs up.

Final call for the Shenanijam

It's about time you bottled some lightning, isn't it?

Join us for the 2nd annual Shenanijam on June 8th. It's a game making event designed to stretch your creative and technical skills to the max . We'll be jamming alongside our lovely community with the aim to make some weird, fun, and playable video games over the weekend.

Join over 180 other jammers by signing up today. And if you haven't done a jam before, don't sweat it - last year over 60% of attendees were first timers and they had a blast.

Celebrate the death of ads in our games!

To celebrate this change in form we've whipped up this super secret promo-code for Ballyhoo readers. Just visit this link, enter your BscotchID, and BLAM! You'll get Bingo's GrimBingo skin in Quadropus Rampage, fo' free (though you may need to force-sync your account for it to appear).

Get outta my way, I got things to be!

This next stretch of work will be QUITE THE SLOG. Levelhead is smack in the middle of development, Crashlands is being ported to the Switch, and our web infrastructure is getting a total overhaul. BUT! Your enthusiasm about the stuff we do keeps us motivated. So don't keep that treasure all to yourself - let us know how you feel!

We're got a lot of good stuff coming down the pipe for you... So just hang tight while we get Levelhead into Alpha, make it to our first ever console, and wipe some of our tech debts clean. 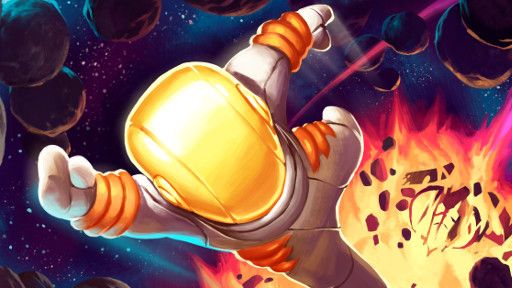 Make a game alongside your favorite devs

by Sam Coster
2.9 years ago