Is it Monday, or BALLYHOODAY?!

In this issue of our luscious game dev mini-magazine we'll show you Levelhead's newfangled co-op, explore some texts from our tome of lore, and rep the community so loudly you'll leave a passive-aggressive note taped to our front door.

Time to invest in the COUCH industry

We moved into a new office a few weeks ago, and across the street is a gigantic IKEA. One day, when lost in their labyrinth of affordable, quality furniture, we ran into the local store manager. She had a problem, see, and that problem was that couches just weren't selling like they used to.

"These millenials, they're just killing the couch industry. Our market research suggests its because you can't safely eat avocado toast near the plush fabric of our couches, and also that it's hard to sit down when you're being crushed by student debt. If we don't turn this around soon, couches will become endangered. Like the great snow leopard or those weird ocean-cows in Florida."

This struck a chord with us. We come from a long line of farmers, so we understand just how hard it is to plant a couch crop, nurture it for months, and then bring it to market. With our power-position as video game developers, couldn't we do something about this? Is a future of comfortable, accidental naps something we can preserve for all our children, and our children's children?

Yes. We've taken a stand. We're happy to report that we're now in the pocket of Big Couch. And that Levelhead now has 4-player controller support. With a big enough couch, you'll be able to play with all three of your friends at once!

If you haven't already wishlisted Levelhead on Steam, now would be a real good time. HOP TO IT!

And now, a dramatic reading from the Tome of Lore:

-----From the Bureau of Shipping Mechaboratory-----

"We've done it! Conversion of the Submersible Package Delivery Vehicle (SPDV) Neptune for the purpose of the Levelhead department has been a resounding success!

The Neptune's original purpose was the delivery of packages to underwater facilities. Its "Friendly Capture" subroutine was the key feature that allowed it to make meaningful parcel drops under tidal conditions. Friendly Capture causes the Neptune to rapidly re-acquire any package that jostles loose in waves and store it, protectively, in its internal chassis, until such time as..."

Read the rest of the lore of the Popjaw's rise on the blog. Or just carry on glancing through the pretty pictures in this magazine... What do I even write this for, GEEZ!

We love highlighting our community's achievements and goofy adventures. If you've got one to share, be sure to hop into the community lounge and drop it like the hottest of potatoes.

Player Shenanidog (previously known as Lagger) somehow managed to beat the new Hardcore mode of Crashlands on Ludicrous difficulty, followed a few days later by Jacktopus. That means these ambitious Shenanites played on the hardest difficulty and didn't die once. This happened not long after the patch went out and, truthfully, it let us breathe a huge sigh of relief. WHY? Because we didn't even know if it was possible. Thanks you two!

A few highly observant Shenanites started connecting the dots between our games and stumbled on some massive lore conspiracies. Rather than stifle these conversations, as members of the Illuminati totally would do, we opened up a new channel in the community chat where these ideas can run wild and definitely not create a smokescreen for truths darker than you could ever imagine.

The Fatheaded Slurper fish from Crashlands is a majestic beast, one that begs for artistic rendering via sculpture. Quantum Anomaly brought this bodacious ichthyoid to life in the real world, and he was kind enough to ship it to the studio. It now sits proudly on our mantle, overseeing its territory.

We've got a fancy home on Steam

Seth, our game programmer, has been streaming game development on Twitch each Saturday for the last few weeks. If you've ever been interested in just how we make the games you play, check it out this coming Saturday from 8am to 12pm CST. He's got a soothing voice and will show you how to code delightful little variables that never make mistakes, just happy accidents.

20GR18 is halfway over. Levelhead is approaching Alpha. We bought scooters for the whole office.

Everything is moving so fast this year, which means its probably time to take a moment and reflect. What's been good? What are you excited about? If you've got something you'd like to share, just hit REPLY and send a note back our way. Fill this inbox with all sorts of goodness, and we'll do the same with our games.

Have a lovely week.

Sent from my Fatheaded Slurper sculpture 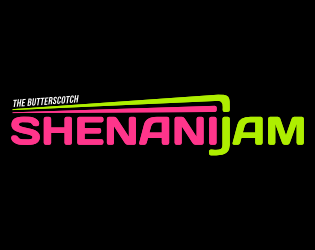 The brothers dive into the top 10 games from this year's Shenanijam!

Can the Roboneer Team Alpha convert the Neptune into a viable opponent?