BSCOTCHES! We noticed that several of you had commented in the Crashlands subreddit and elsewhere that we have been pretty quiet for some time on our various platforms. Well, we feel bad about that, and we'd like to fix it. It's all too easy to get sucked into grinding away on Crashlands (and other stuff) and forget about maintaining the blog and other avenues. So we've decided to make some changes to make sure you all know what's going on and that we're still alive and kickin'.

For starters, THIS! Every week we'll post an update detailing all the stuff we've been up to over the past week. LET'S GET ROLLIN'!

We found out on Wednesday that Sam no longer has cancer! HOLY CRAP.

We've got Butterscotch Forums now! We realized that we needed to give our players and fans a place to congregate, compare notes, and otherwise be amazing together, so this is the result. Get on there and introduce yourself!

Although it has been just Sam and me for the past 1.5 years, our older brother, Adam, has always been interested in getting in on the action. He is just now wrapping up his PhD and will be joining us in a month or so as our research and development guy. Basically, he's going to do a whole bunch of science, come up with answers to really tough questions, and develop new tools that will allow us to do amazing things that we could previously never even dream of. WELCOME, ADAM!

We've started planning out and working on the Tundra, which is the next biome in Crashlands. It's cold, wet, and covered in stuff. No screenshots yet; IT'S HIDEOUS!

WE GOT NEW OFFICE SUPPLIES!

Actually, just a file organizer. But we did sass Beth, the kindly lady who checked us out at the counter, if you know what I mean.

Every 6 months or so, we like to sit down and evaluate how things are going, what our current trajectory looks like, and whether or not we're adhering to the core values we set down when we started this thing. So we took a day to dig through everything we've been doing, revisited our values list, and reworked a bunch of stuff to plan for the next few months and years to come. Now that Sam no longer has cancer, we can actually think about the future! WOOP WOOP!

He's been with an amazing woman who has been there for him through all this cancer nonsense, and he finally put a ring on her. Way to go, Sam! 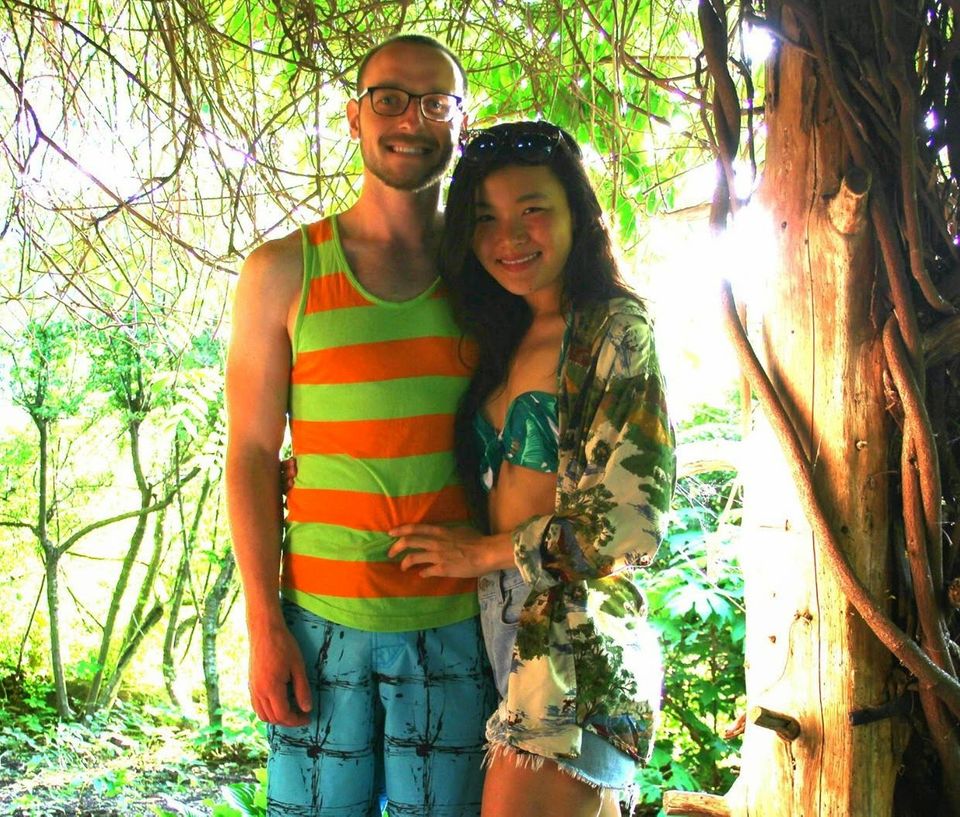 | Standing by trees is one of Sam and Diana's favorite pastimes. |

Kamcord is a service that allows game developers to hook video recording capabilities up to their games. They sent us brownies so we would chat with them. Everyone else: take note. Send more brownies. | THESE BROWNIES ARE BLURRY. UNACCEPTABLE. |

Our buddy Christian put together some 3D models of the Lucky Coin from Quadropus Rampage. We're going to refine the design some, get some prototypes 3D printed, and then order a run of these bad boys MADE FROM GOLD-COVERED STEEL. And then we'll offer them up to you guys! As a side note, Sam started carrying one of these in his pocket, and then he got cured of cancer. So they must work.

Here's what some of our St. Louis developer buddies have been up to.

We stopped by our buddy Stuart's house to playtest a card game he's working on called Beasts of Burden. It's a game about tiny legs and huge sacks. IT WAS FUN AS HELL. Seriously. Not even screwing around. He has a Kickstarter going on right now that you should totally back if card games are your jam. PLUS, you can get a tank top. I MEAN, COME ON.

The BAMFs over at Happy Badger Studio are putting together a festival about MUSIC, GAMES, and GAME DEVELOPMENT. If you're in the St. Louis area, you should check this thing out. It'll be September 13 at Webster University's East Academic Building. WE WILL BE THERE!

That's all we've got for ya this week. Hop on over to the forums if you want to chat about any of the stuff we've got going on. OR ELSE.

by Bscotch
6.8 years ago

by Sam Coster
6.9 years ago