Crashlands beta is GOING LIVE for our awesome group of testers!

If you want to follow the journey the Beta players are going through (minus spoilers, as per their NDA), the Crashlands subreddit and the Butterscotch Forums will be leaking with player-generated goodies over the next few weeks.

HOW CAN YOU HELP US?

There are tons of ways to get involved.

If you're a streamer, games writer, fellow gamedev, redditor, newspaper columnist from a small town in Iowa, convention organizer, or forum-goer, get in touch with us so we can hook you up. We want the launch of Crashlands to be as big as possible, and that means getting word out about it through every medium imaginable (there's a presskit over here, by the way).

Get in on the ground floor and join the movement to form the most welcome, loving community on the internet by introducing yourself on the forums and becoming a part of the burgeoning Butterscotch clan.

WHAT DOES THIS MEAN FOR LAUNCH?

As our beastly cohort of testers burn through the game's content (which takes between 40 and 90 hours) on each platform we'll be patching things up actively behind them. We anticipate a swathe of small tasks and a few, larger bugs that may crop up, depending on platform specifics.

We should have an idea in ~2 weeks of when we can reliably produce a finalized Crashlands build and can begin the submission process to various storefronts, to ensure the highest visibility on launch day. We will set a launch date at that time and release the final Crashlands poster (which is so phenomenal we're having a hard time keeping it secret).

Thank you all for being part of our journey. We're stoked to have hit the Beta milestone and unbelievably excited to get the game wrapped up and shipped very soon. Lend us your voice in the coming weeks, and help make this the biggest Indie moment of 2016! 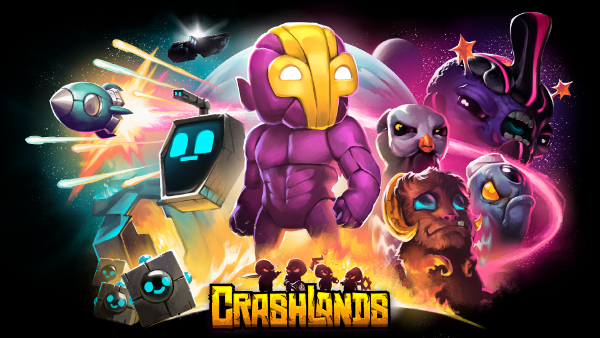 by Adam Coster
5.5 years ago