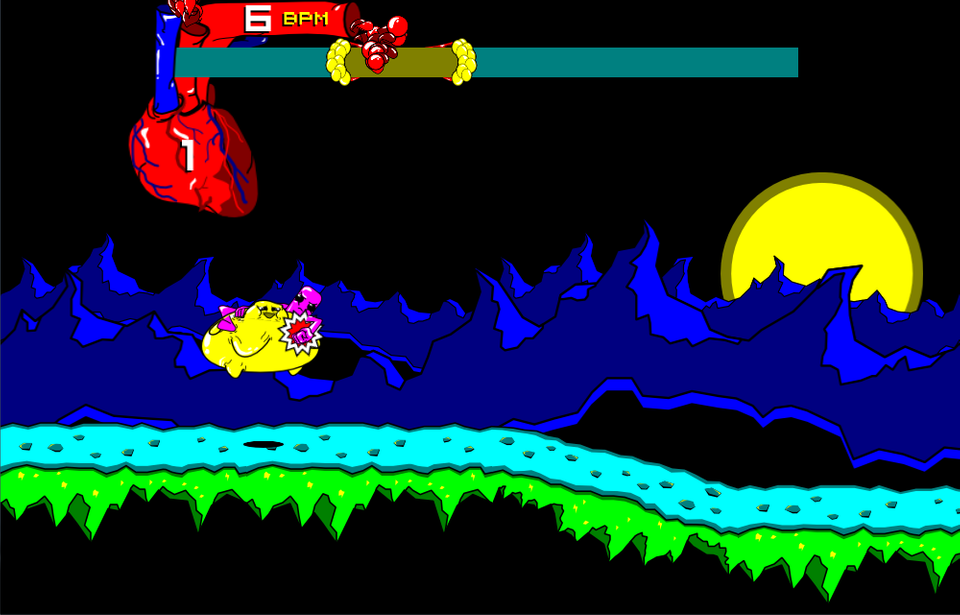 | PUNCH HIM IN THE HEART TO KEEP HIM GOING. PUNCH HARDAAAAAAR. |

Now that the GGJ has swept across the globe we can safely talk about the theme without having counter-terrorists burst in our windows, guns flailing.

The theme for the GGJ this year is a heartbeat. Not the word, but the sound of an actual heartbeat.

When we heard it inside the auditorium Seth and I looked at one another and then quickly fled to a sandwich shop to do some preliminary brainstorming. We got Adam (the 3rd brother in this operation) on the line from Texas.

I was struck by an idea as we walked from the auditorium. What if we took something that's meant to be involuntary, a heartbeat, and made it into a voluntary action? What if the player of the game had to control their heartbeat as their character piloted around a level, increasing it as they jumped around and decreasing it if they were just sitting still? Better yet, what if one person controlled the heart, the other the movement, and you had to communicate with each other to make sure you didn't faint/burst in a shower of blood?

From this fragile foundation we've begun work on Project:HEART PUNCH. We've taken a bundle of the diversifiers into account, making the game co-op in a frantic way, touching on a bigger picture of the social costs of the obesity epidemic, and using a 16-bit color scheme that lends an air of acid trip to the game. As of this morning, we're all three well rested on a good 6-7 hours of sleep and are actually done with the core mechanic of the game!

From here to the next 36 hours it's a matter of cramming every kind of awesome we can into this thing to make players squeal with delight when they get their hands on it.

This is our JAM. 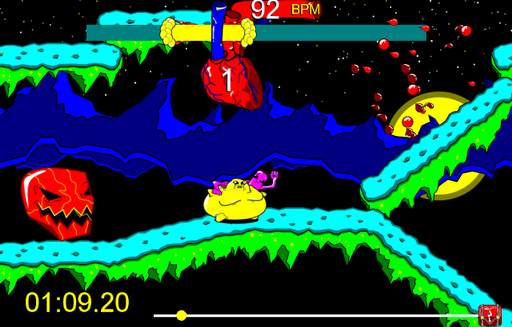 This is by far the best game jam we've ever had.

by Sam Coster
8.5 years ago

The Butterscotch development process was born from game jams.

by Bscotch
8.5 years ago