This story is the continuation of "Hunt for the Red Megalari Pt. 1"

The Megalari nest was a labyrinthine network of tunnels. Light, a luxury this far down, filtered through the ice and cast everything in dim and eerie blueness. The tunnels were shockingly uniform and huge, wide enough for more than ten Polari to swim through side by side, with only the occasional Bergcrab present to break the visual monotony.

Bwiki and Wiboom chose only the tunnels that crept downward, hopefully leading them to the huge nursery chamber where the Megalari slept. Countless hours went by before the fruitless search wore down the pair and they decided to split up. They formulated on a check-in plan; Wiboom would make her best Bergcrab mating call imitation through the tunnels every five minutes and Bwiki would respond with his. If Bwiki didn't respond, or Wiboom didn't call, the remaining podmate would know it was time to flee.

And if a Megalari responded they’d know their impersonations needed some work.

Bwiki set off quickly, hoping to find an entrance to the nesting cavern before the Megalari found either of them. A nursing Megalari wouldn’t mind some smaller creatures swimming about, but a berserked one certainly would. Bwiki came to a T-intersection and tentatively poked his head around, peering both ways. A Bergcrab leered at him from the tunnel on the right, sizing him up.

Wiboom’s first check-in came rushing through the tunnel. Bwiki flinched and his heart jumped before he rightly identified the sound. The Bergcrab perked up and began sprinting excitedly toward Bwiki’s tunnel. Bwiki chuckled and rose to let it pass.

“Five minutes already?” He mumbled softly to himself. Time was slipping away in these tunnels.

Bwiki searched the ceiling of the intersection for an air pocket. Megalari males took huge breaths from the open-air and deposited them along air traps all over their iceberg nests. It allowed the mother Megalari to stay with their vulnerable offspring indefinitely.

Bwiki spotted a pocket a short swim away. He surfaced in the damp, smelly air and tried not to think of the stench as he pulled a ripe breath into his lungs. As predicted, the air stank like the inside of a great beast. He readied his melon and began his response.

But before Bwiki could begin another call came through. The force of it sent his melon ringing. “MEGALARI. MEGALARI. MEGALARI!” Wiboom followed her shouts with a continuous, cycling hum, broadcasting her position to everything in the iceberg. Bwiki’s fin went to his weapon; Wiboom would only risk her position to the red Megalari if she was desperate. The opportunity for a sneak attack had gone out with the tide.

Bwiki’s imagination ran wild with the scene of violence he would be running into. His terror fueled his sprint through the tunnels. He jetted past the Bergcrab and sent it sailing away with the vortex behind his fins. Wiboom’s song, cycling up and down, had to continue playing until he could echolocate her. Bwiki followed the singing through twists and turns until he was deeper in the iceberg than ever before.

Bwiki rounded an abrupt turn to find the nursery chamber. The view rushed in and momentarily stunned him. The chamber was enormous, filling out the bottom of the iceberg in a hollow sphere two hundred feet wide. Its sides glistened with bioluminescent mucus that gave off a dull blue glow, against which Bwiki saw Wiboom’s silhouette, suspended in the water near the center of the ceiling.

Wiboom’s cycling stopped and she trumpeted a short call, acknowledging Bwiki’s presence. Bwiki scanned the cavern once more and found his senses tingling. He’d never seen a Megalari nursery chamber. It filled him with awe and a hint of dread.

Bwiki rushed to Wiboom’s side, his fear transforming into anger. “Has your mind sunk into the abyss? I thought you were under attack! Why would you cycle a call when the Megalari would hear?”

Wiboom touched Bwiki on the shoulder and spun him to face a tunnel toward the bottom of the chamber. She spoke excitedly. “It's here! And with a calf!”

Bwiki knew a Megalari that had gone red wouldn't be able to take care of a calf. It would kill everything in sight. Everything.

He followed Wiboom’s pointing and saw two megalari — an enormous mother and her tiny calf — emerge from the tunnels. The nursing pair didn't pay the podmates any mind. They appeared to be doing lazy laps around the base of the chamber and its tunnels.

Bwiki was trying to piece it all together. “Why are you so excited, Wiboom? That's definitely not the enraged one.”

Wiboom spun on him. Her beatbox picked up its tempo. “It must have been this Megalari! This is the closest nest, the only one close enough to where we set up camp. This is the Megalari that killed our pod! And now we can take her and her calf both!” Wiboom’s beats were getting powerful now, pressing action into Bwiki’s fins.

Wiboom’s speech reached a frenetic pace. “We don't know everything about them! Maybe this one did it then came back and…”

Bwiki interrupted and placed himself between Wiboom and the Megalari. “It's a mother with a calf, Wiboom! She won’t leave this nest for the next six months. This isn’t the Megalari that killed our pod. It can’t be.”

“I want it to be her.” Wiboom’s anger rippled the water around her. Her beatbox sped up further, until Bwiki felt his bloodlust surge. “I want to have found the one who killed our podmates. I WANT OUR VENGEA—”

A short, excited chirrup echoed from across the chamber. Wiboom turned toward the sound and saw an enthusiastic Bergcrab performing a mating dance at the lip of a tunnel. Its claws swung in the water wildly and it chirruped again, waiting for a response.

Bwiki and Wiboom looked at one another and released a short, tense bout of laughter. Wiboom’s beatbox tempo slowed. The Bergcrab chirruped again, more insistently.

A dangerously deep response broke into the cavern. It felt like thunder, and rattled Wiboom and Bwiki’s heads. They watched as the Bergcrab’s disappeared inside its icy shell. Everything went still.

Bwiki spoke quickly, his words poking holes in the silence. “Megalari bulls don't return to their nests...” Wiboom’s eyes widened with recognition. “And red Megalari never sing. The call from when we were outside, the one I thought was thunder, that I thought was the Skywhale...”

Bwiki looked down and saw the Megalari mother and calf speeding into the tunnels. The Megalari was trumpeting, screaming. They were fleeing in fear.

The rumble came again and shook the podmates to their bones.

The weekly recap is here to fight for your right to party.

by Bscotch
4.8 years ago 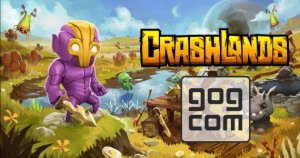 WELCOME TO THE WEEKLY RECAP. Part of a balanced breakfast.

by Bscotch
4.8 years ago