Hey, Levelheads! We are 3 weeks in to our 4 week patch, and the PRESSURE IS MOUNTING! ATMOSPHERIC PRESSURE, THAT IS.

Get out your barometer, because we just wrapped up production on a new item that will be coming on November 6th: The Weatherbox! 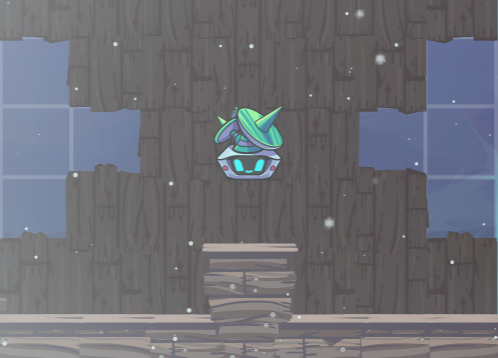 The Weatherbox can dynamically change the weather in your level, so you can really ramp up the intensity of certain sections, or reward your player's achievements by having the beautiful sun come out!

Last week I was able to cruise through tons of items in the game to do a bunch of cleanup. The goal was to look for optimizations, which usually amounts to finding things that don't need to be happening, and then making them not happen anymore. When you pull down the patch next week, you should feel it. Your levels will load faster, and you'll see higher frame rates throughout the game. This is especially important as we prep for Levelhead coming to other platforms!

We're keeping an eye out for little high-leverage things we can do toward the tail-end of this patch as well. Things like having Key Gates send a signal when they open, so you can tie them to Jingleboxes. Or being able to easily create one-way Rifts by setting their ID (or their destination) to "none". Or even having hyphens in the name combobulator. We've got all KINDS of little things on the way!

We have one week left to get this patch wrapped up and put into your HANDS!

Last week we talked about how we're doing a bunch of work on the campaign to really take it to the next level. That's still going on, but OH BOY IT'S A BIG ONE. Rather than trickle out those campaign changes in tiny bits, we're going to sit tight on those and continue to build them up, and then dunk-slam them right into your faces all at once. So we probably won't have those coming next week, but... SIT TIGHT. SOON.

Two more features we're hoping to get wrapped up by the time the patch drops are reusable checkpoints and some additional properties for proximity switches -- toggling and exploding. These are somewhat more involved features than you might think, so NO GUARANTEES. But we're working on them!

Catch you next week!

GR-18 pays tribute to gods of flame to get his vengeance!

Get ready to be spooked by the creepily good creators of our community.

by Bscotch
1.5 years ago