GOOD DAY, LEVELHEADS! We have thirteen scoops of delicious molten lava patch cake coming your way this week. Although there are infinite things in Levelhead we want to keep tweaking and improving, we're now in a phase of development where we want to focus on things that are missing entirely. So this week, we have some fun new toys for you to play with. Let's take a look!

YEP, THAT'S RIGHT. You now have THREE cloud slots you can put your levels into. Once you have a level in a cloud slot, you can move from one device to another and continue editing the same level. Nifty! 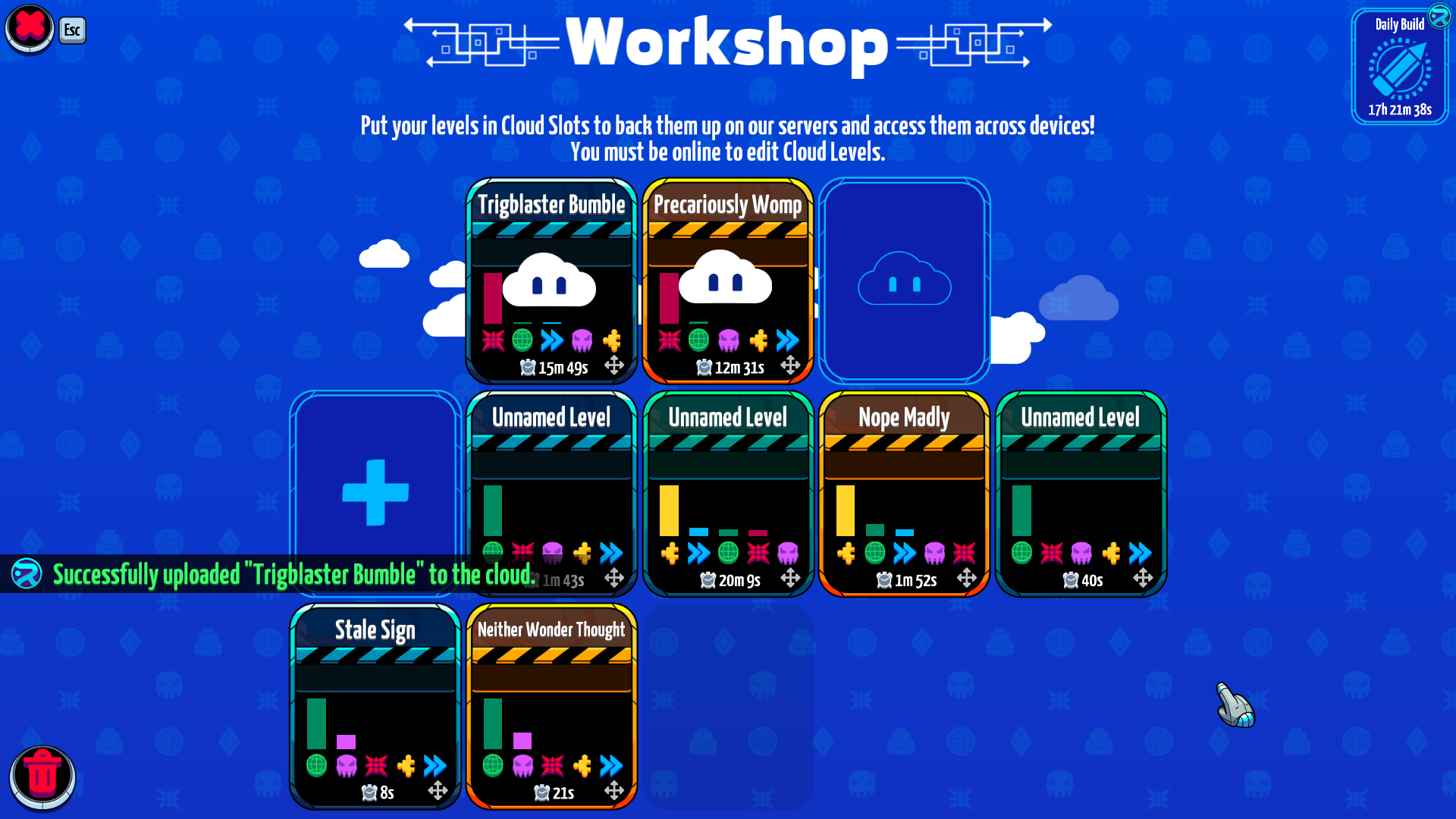 Cloud-saved levels can only be edited while online, because every time you save a cloud level, it gets uploaded to our servers. And we can't do that if you're not online! So if you're looking to bring your laptop on a long plane ride, be sure you pull that level out of the cloud first!

Out with the Old!

Got an old level that's broken, hideous, or just plain bad? Well, now you can save yourself from all the embarrassment of having new players stumble across that level, with our new DE-LISTING feature! 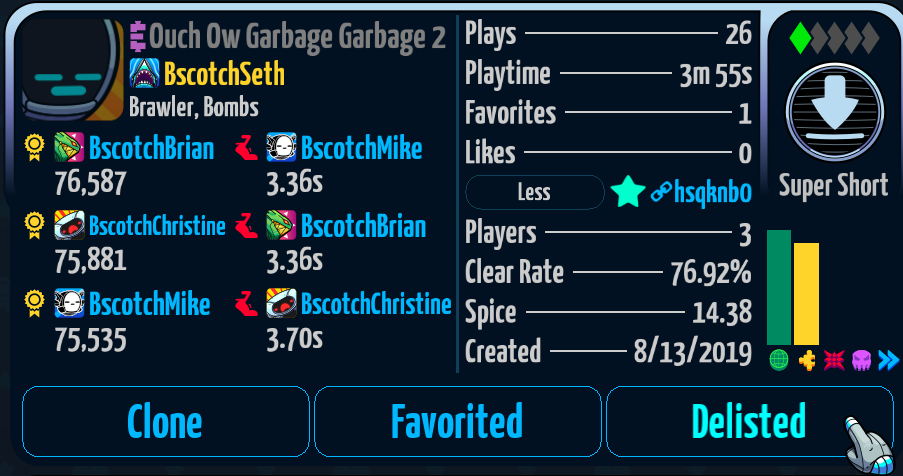 To delist a level, just pop open the level card and hit the "Delist" button. Then, new players won't see it in the Tower, Marketing Department, or your published levels list, and the level won't be eligible for the Tower Trial. The level will still exist, though, so you can always come back to it later and relist it, or you can clone it back into your workshop to patch it up. Or just let it burn in purgatory for eternity. It's your level! Do what you want!

Levelhead's camera controls have come a long way since we launched into Early Access, but there's still more we can do! For starters, you can now constrain the camera on just the horizontal or just the vertical axis!

This new degree of control will let you make levels that feel more like traditional platformers, or that allow the player to climb a tower without having the camera show things outside the bounds. Oh, speaking of bounds...

You can now constrain the camera within the sides of the level, too! This will allow you to create a more "Enclosed" feeling in your levels, preventing the player from seeing any open air in the great beyond.

With all these camera updates, we had one final bit of housekeeping to take care of: ASPECT RATIOS.

You see, by allowing players to use camera anchors, we put ourselves into a pickle. With locking cameras, GR-18 dies after going off-screen. So what happens if someone on an ultra-wide or tall monitor makes a level that uses camera anchors?

Well, up until now, people with different shapes of monitors would end up with different shapes of "playable space" when using camera anchors, which meant they could accidentally (or purposely) publish a level that required a certain shape of monitor in order to beat it. That's no good for anyone. So while we were in there tinkering with cameras, we set out to solve this problem as well!

We've had DOORS in Levelhead since time immemorial. We got all kinds of doors! Battle Doors, Key Doors, Powered Doors, and even Jem Doors! If you need a door, we've got it! Well, almost. Turns out there was one kind of door we didn't have. HORIZONTAL DOORS.

Yeah, that's right. This summer, all your favorite flavors of door are back with a vengeance! But this time... it's about to go sideways.

Oh, and we also got new versions of fallthrough ledges, so you can be more stylish with your level building, or something. 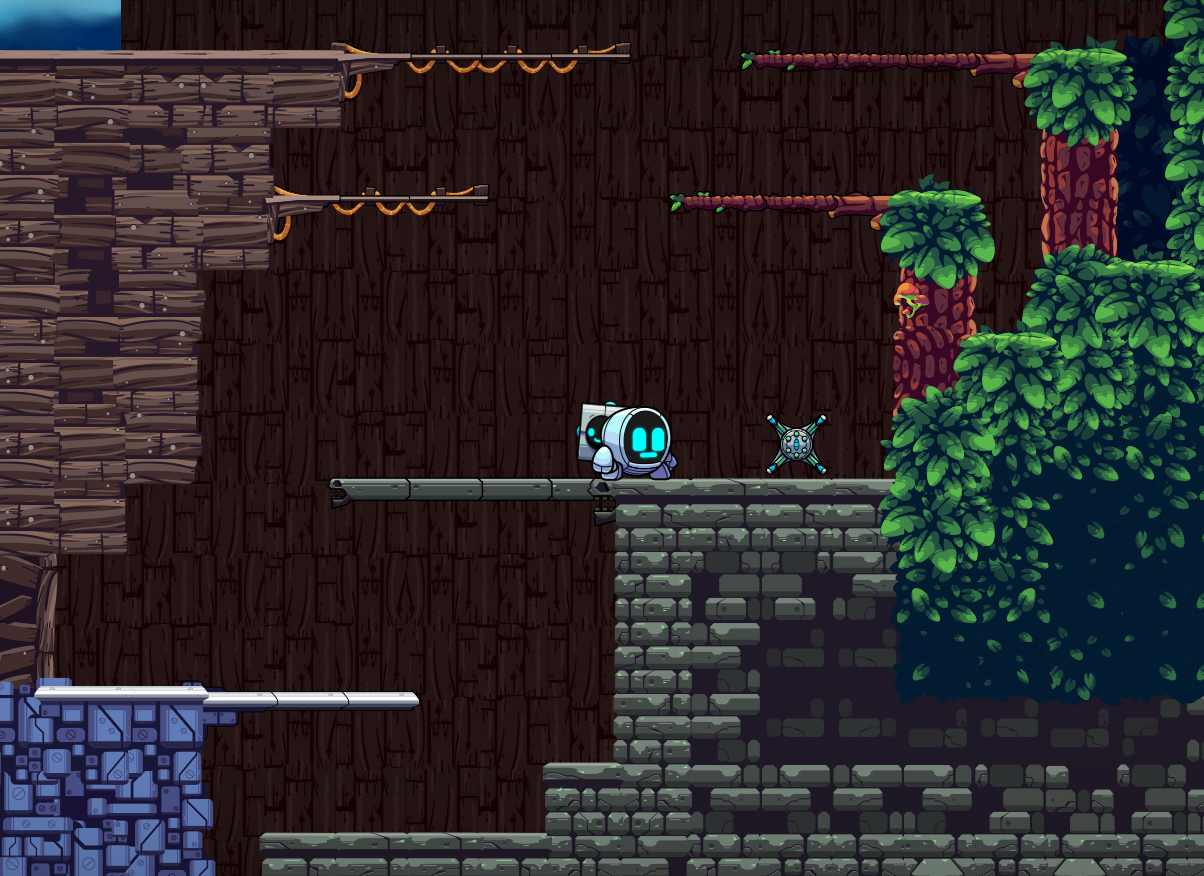 Cromblers have been slowly evolving over time, but they've always been kind of weird. They're a hazard, but also they're an enemy. They can be hooked to a switch. They can be defeated with a Lectroshield. Their movement can be interrupted by the package. GR-18 can sneak through them as a shrub. All of this stuff makes Cromblers special, weird as they may be. And for this patch we thought... Cromblers are already weird, so why stop there? Now, when you inspect a Crombler, you can choose to make the Crombler enraged.

An enraged Crombler will break through Brittle Rock and Bricks, and it will crush enemies. Why? I don't know! You figure it out!

Up until now, if our players wanted to make a timer, they would have to create some kind of elaborate "Box on a conveyor belt that hits a pressure switch" kind of apparatus. This tended to bog down a level's frame rate, wasn't always reliable, wasn't intuitive to build with, and took up a lot of space. Well, say goodbye to all THAT nonsense, because patch 0.13 introduces a whole new item to solve this problem! It's the WAIT SWITCH!

The Wait Switch can be given a timer. When you press the button, the Wait Switch will flip after the timer expires. In other words, a Wait Switch is super useful for when you want something to happen in a while. Wait Switches can be used to create musical sequences, phased boss fights, levels that change over time, or any other timer-based level logic you want!

Of course, there's a whole bunch of stuff in this patch that isn't covered above, so if you want to dig in and get some extra seasoning on that patch cake, go right ahead! See you in another two weeks for patch 0.14!

GR-18 becomes a teenage rebel, catches a Blopfush and most importantly makes Toast!

by Bscotch
2 years ago