From the Bureau of Shipping Mechaboratory

49 days after the founding of the Levelhead Department

We've done it! Conversion of the Submersible Package Delivery Vehicle (SPDV) Neptune for the purpose of the Levelhead department has been a resounding success!

The Neptune's original purpose was the delivery of packages to underwater facilities. Its "Friendly Capture" subroutine was the key feature that allowed it to make meaningful parcel drops under tidal conditions. Friendly Capture causes the Neptune to rapidly re-acquire any package that jostles loose in waves and store it, protectively, in its internal chassis, until such time as the package can be delivered.

While great for ocean-faring couriers, Friendly Capture was a thorn in the side for our engineers. In fact, it was the hardest part of the Robo's A.I. to retrofit for the Levelhead department, whose needs for the Neptune included causing enough distress to a GR-18 as to provoke activation of its auto-teleportation unit.

That problem was only enhanced by the sheer agility present in the GR-18 unit. Our team harbored some concern about whether or not our prototype Neptune could keep up, even after significant modifications. Those concerns went deeper still when the Bureau sent a memo not 10 days ago stating that, should we fail to modify this Robo for the Levelhead department in the next two weeks, they'd have to move on to another prototype. 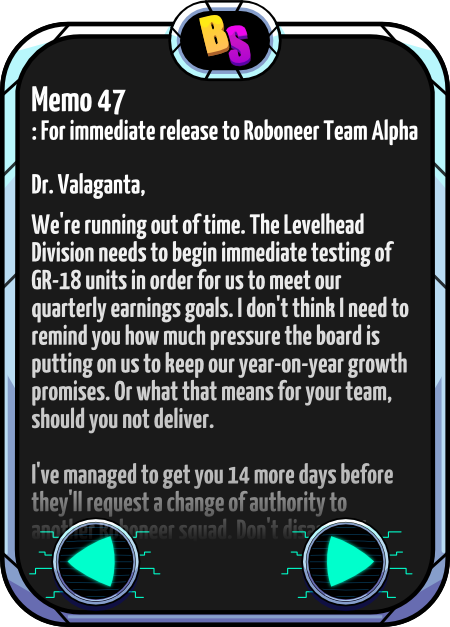 Which was a kind way of saying that our little Neptune would be destroyed, should we fail. You can't leave unfinished Robos just lying around - the Bureau has been clear on that.

Our team doubled down and finally, in the shower, an idea came to me. Rather than attempt to swap the protective nature of Friendly Capture (the code for which is a spaghetti nightmare only Flux herself can probably understand) for a hostile targeting system, we could just label all GR-18 models as packages. Friendly Capture could remain in place! The only addition we'd need to make was to ramp up the danger associated with being "re-acquired" by this new Neptune. Anyone with a welding torch could do that, so we had Steve, our intern, weld a row of teeth to our little Robo's jaw and there it was - the most dangerous Friendly Capture ever!

Steve has taken to calling this prototype the "Popjaw", in homage of some movie he'd seen in the Old Earth archives. It seems fitting enough to me. And it sure fits with the way the Robo emerges from that Condenser Belt. We'd originally aimed to remove that thing, as its primary use case was for underwater cave navigation - but it turns out to be the only way that the Popjaw can keep up with GR-18.

The team put this sign up after a near-accident resulting from the Popjaw's new teeth. I think I'll keep it in my desk as a memento.

And, best of all, the Levelhead Department already collected some footage of Popjaw in the field, which I've logged here for posterity.

I'm so proud! I only hope the next retrofitting turns out as well as this one did...

by Sam Coster
3.1 years ago 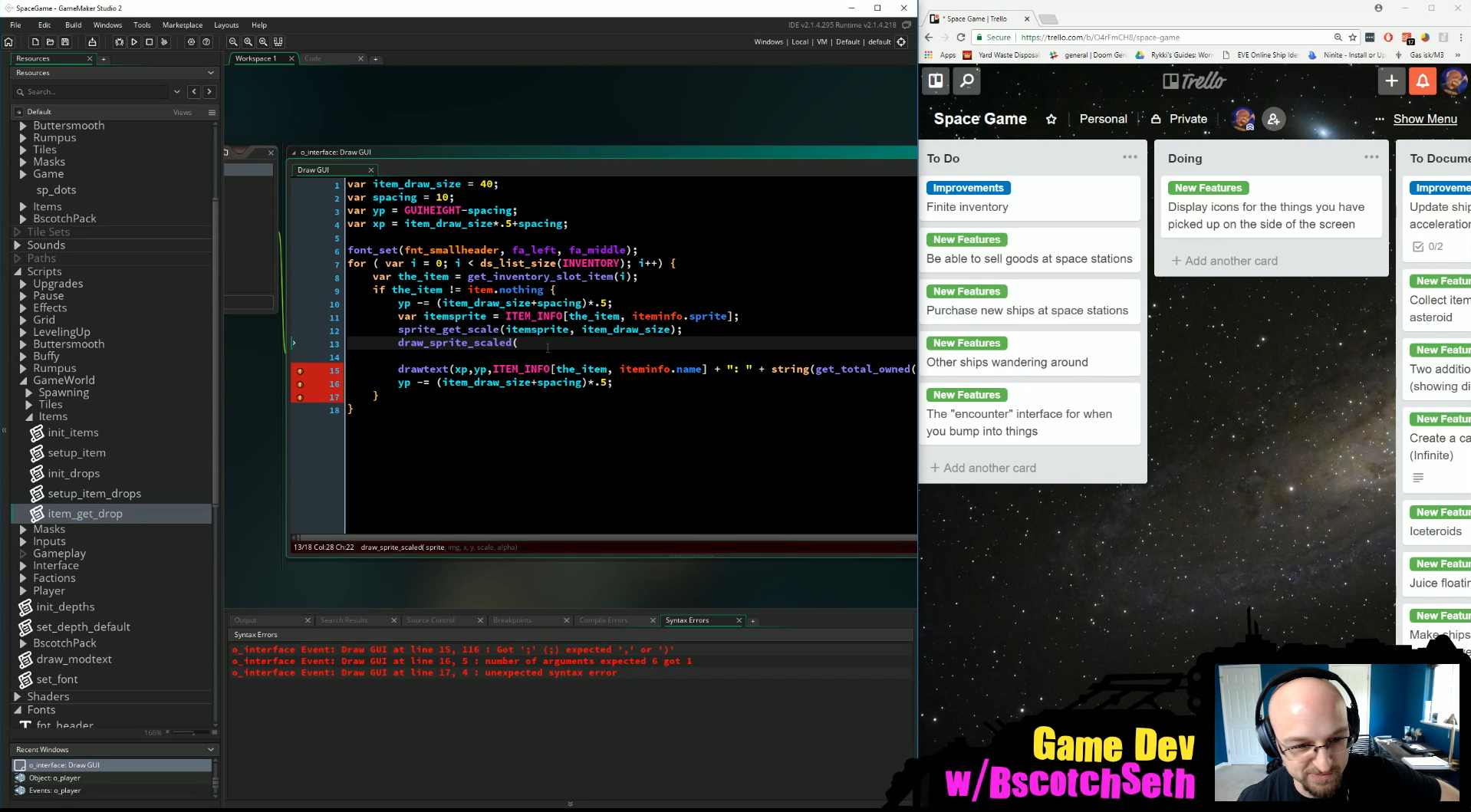 by Seth Coster
3.1 years ago