HELLOOOOOO! We're happy to announce that over the weekend some of our best and brightest Towelfight 2 players were given access to an alpha for our tentative next project. We've decided to take that alpha project to full term.

Quadropus Rampage will be the next Butterscotch Shenanigans game, due out sometime in late April. It's a Rogue-like platforming action rpg. If that weren't blending enough things together we'll also be simultaneously releasing it for iOS and Android, and it will be free as bird in the wind. THE WIND OF A HURRICANE OF AWESOME.

Here's a quick trailer from the first 5 days of development. The game has changed substantially since then, but it should give you a good idea of where it might be headed. Watch out, this 4 legged octopus might just tear out your still beating heart. In a good sort of way. 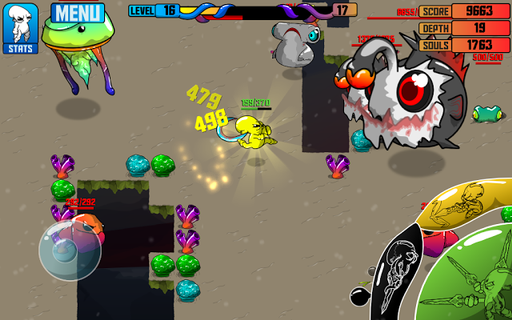 Quadropus Rampage Gets a Facelift

We spent a good part of this week totally overhauling the environments in QR.

by Bscotch
8.3 years ago

We have submitted the 1.1 patch for iOS AS OF RIGHT NOW!

by Bscotch
8.4 years ago