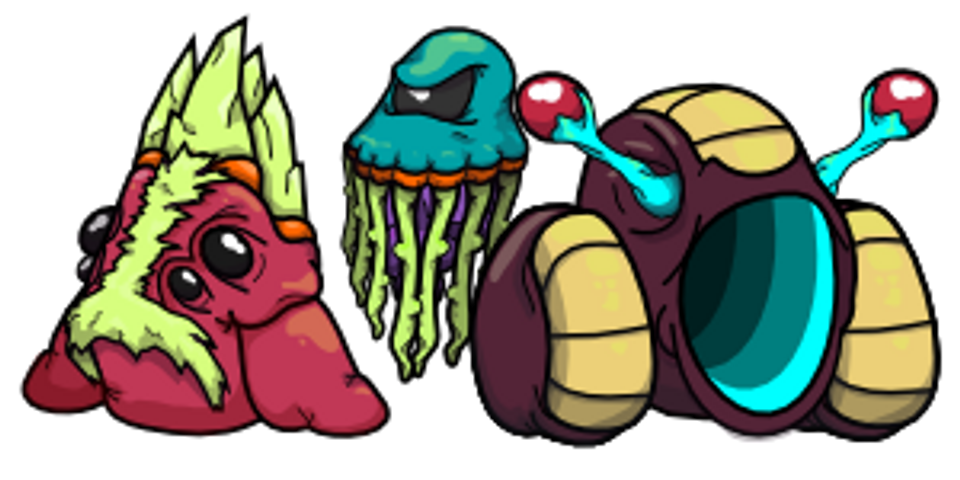 (~6 minute read) Post-Alpha we looked into how players engaged with the creatures of the world through combat. Our combat system required learning the unique move of each creature type, which provided an interesting first-time experience. However, over the course of hours of gameplay, players felt the single-move combat mechanics of creatures grow old and boring. This is how we addressed it without going too HARDCORE.

Combat design in crafting games is frequently an extension of the harvesting system; the only difference is that the object being harvested is moving and damages the player on contact. This is the case in games like Terraria, Minecraft, and Starbound. With little exception, it is the rule in the most popular of crafting titles that killing an enemy bears a striking resemblance to mining; You’re mining living entities that don’t take well to drilltips.

Combat and harvesting in many crafting games feel quite similar.

We wanted Crashlands’ combat system to engage players at a high skill level, but still maintain enough ease of play that it wasn’t exhausting to repeat. It had to be accessible, allow for player mastery, and offer another dimension to the play experience not found in harvesting activities.

| Don’t Starve has many of these qualities, short of accessibility. It’s unclear how far the Bunny Man’s bite reaches, something a new player would have to discover the hard way. |

Combat, as it was

Each creature had a single move at its disposal. Once engaged, the creature would place a large overlay on the ground, showing the range and size of their move. Players would then have to “Dance” around these overlays to strike at foes. We called this the “Dance of Death”. In the case of the Glutterfly, it went like this:

| The Glutterfly’s overlay gets more solid as it prepares to unleash its projectile, which has its own overlay style to show the danger radius. |

It was simple for new Players to pick-up and lent each creature, with its separate timing and effect types, a feeling of uniqueness. It also gave combat a distinctly different feel compared to harvesting. This combat system stayed enjoyable so long as the flow of new Creatures was refreshed fast enough. However, for the Game-at-Large to remain interesting, the rate at which the player moved from one set of Creatures and Resources to another had to slowly grow longer as new recipes became more complicated to produce (see Seth's Loops and Rockets talk for why this is).

And here lies the culprit; Combat was only interesting so long as there were new creatures to learn from, but those creatures were limited in supply and arrived at further and further time intervals as the game progressed. The system we devised offered Mastery potential, but not enough to weather those longer stretches between new creatures. We needed to make the combat more interesting and for a longer duration, but without busting the accessibility and ease of it.

The Spice of Life

For new players, the sense of bored Death-Dancing seemed to be setting in around 4 hours into the game, a scant 10% of the way through its intended duration. Seth, on a hunch, changed the attack code of the Wompits to have a small randomization in landing accuracy. Immediately we saw what we’d been missing;

| The three Wompits here land in slightly varied locations, rather than completely on top of the player. |

And just the tiniest bit. Over the following day Seth added some “wobble” to every Creature’s attack, but we found this slight variation in the existing moves to not be enough. While it created variety in creature-attack-execution, it didn’t deliver a variety in player-response. In a small creature overhaul, we generated a list of secondary attacks: Glutterflies, the one-shot poisoners from before, could now fire a 3-shot burst; Wompits, the one-stomp fatties from above, could now perform a second, larger stomp in rapid succession after their first; etc.

The end-all effect of this is that combat is more consistently interesting, because while you may know what the Creature is capable of, it’s a roll of the dice in determining what it’s going to choose to do. It’s a subtle way to boost the Mastery potential of combat while keeping it accessible, and distinct from harvesting. We think you're going to love it.

Stay tuned for parts 3 & 4 on the updates to Crashlands, and get your BscotchID. You'll need it to enter the Beta...SOON. :D

If you missed part 1, about Recipes, check it out here. 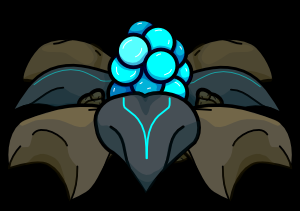 by Sam Coster
6.5 years ago

by Seth Coster
6.5 years ago