We had this big bald spot in Crashlands’ game design. The combat fell flat over time and player choice started feeling a bit sparse. After a long look in the mirror we realized that we already had all the wispy design strands necessary to get maximum fun-coverage... we just needed to comb them into alignment. SO THAT’S WHAT WE’RE DOIN’!

The COMBOver Patch features an overhaul of combat with 36 new weapons and a brand new COMBO system, plus new unlockables like the Hardcore game mode in which you can only die once, the Creative mode for those who like building magnificent bases or turning their maps into pixel art, and new achievements!

Discuss the patch in the community lounge, peruse the deets below, or just GET BACK IN THERE, ‘cause it’s live now, sucka! 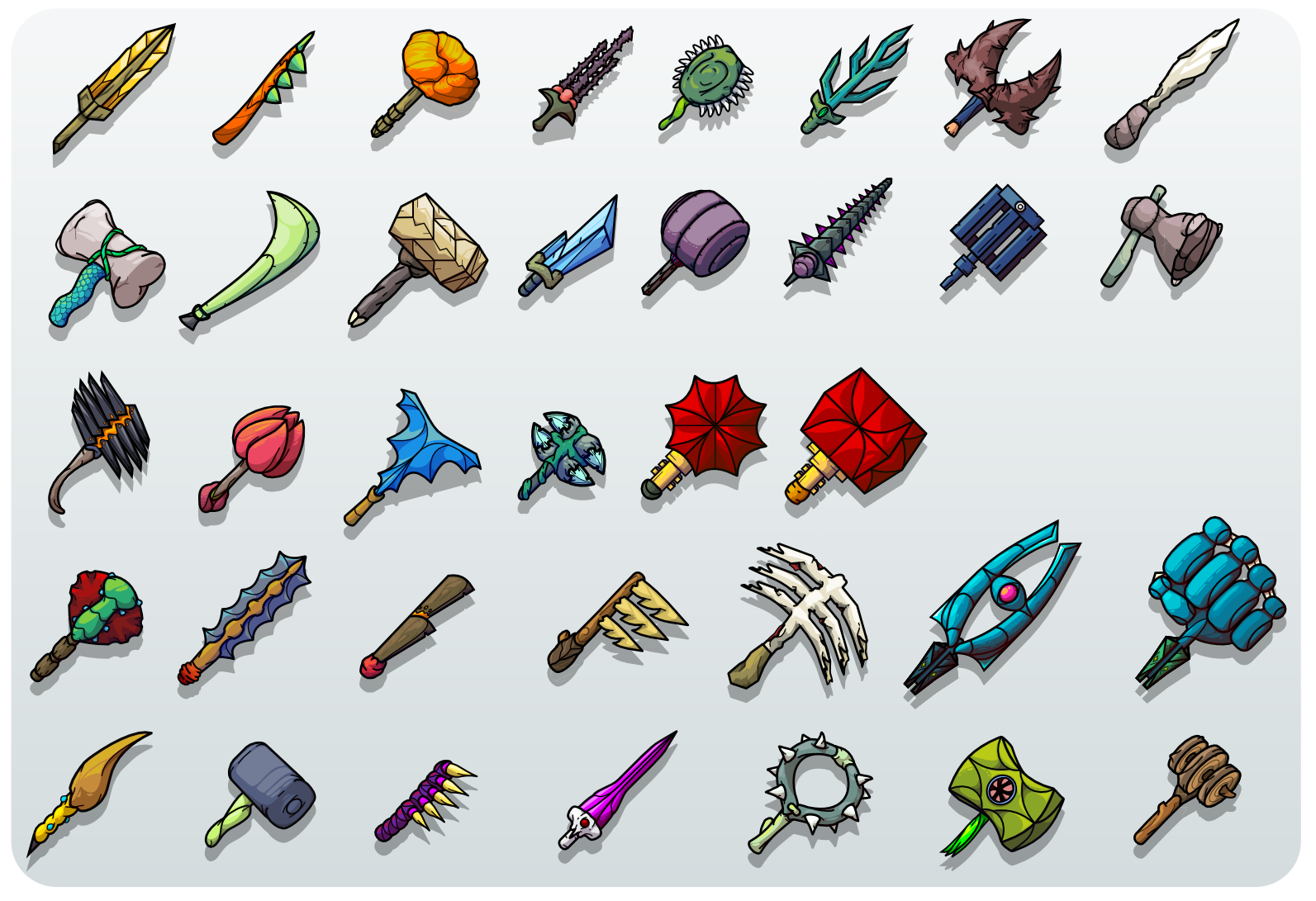 Most Trinkets, Gadgets, and Devices now have hidden Combos, viewable once Crafted from the Equipment manager. Combos trigger when certain effects are already on the target, or certain buffs are affecting Flux. Some examples: Stun Mirror: If the target is already stunned, strikes them with lightning. Blo-Pipe: If the target is bleeding, deals more poison damage. Smash Racket: If the target is stunned, sometimes catch them on fire, too! Enemies have been rebalanced to somewhat accommodate the extra damage you’ll be dishing.

Crashlands is coming to SWITCH. We have no timeline on this yet, but we’ll have announcements as the project progresses! BscotchID will be replaced by the new and improved Rumpus webtech. We’ll have more details later on what this will mean for YOU! Then we’ve got our eyes on an exploration and discovery overhaul of Crashlands. WHAT DOES THAT MEAN? YOU’LL FIND OUT. Stay tuned.

When we started our studio we wanted to make paid games, only. Then Towelfight 2, our first premium title, flopped so hard

by Sam Coster
3.2 years ago