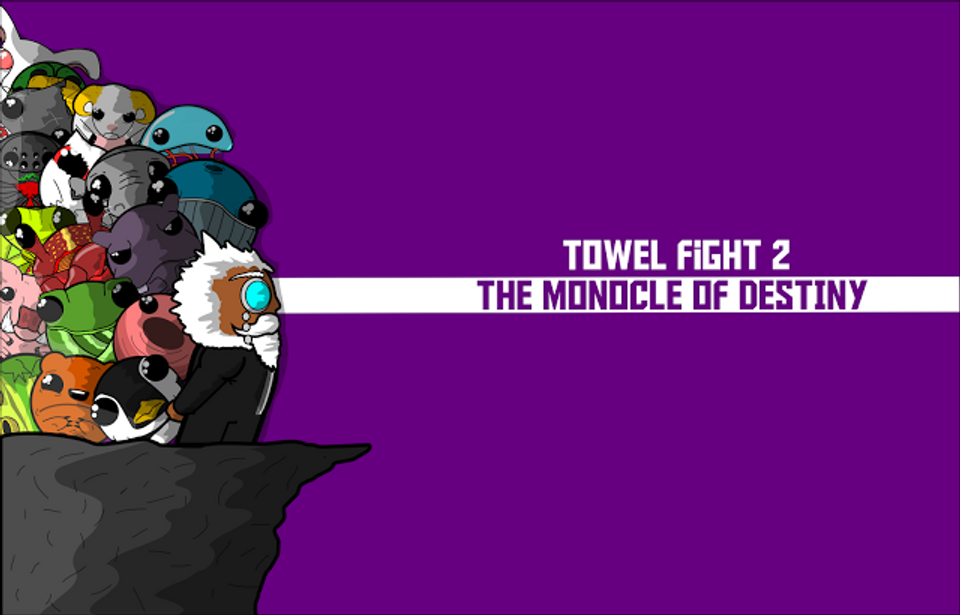 We've been silent on the BLAHG front for a few weeks as we've been digging deeply into our next game, which we're pleased to announce as being a certain arrival on iOS and Droid devices sometime in the next few months.

Towel Fight 2: The Monocle of Destiny takes the form of a dualthumbstickshooter/roguelike/crafting/arenablasting/powerupusing/animalploding fist of joy. The concept itself is actually based on a game we made in 48 hours for the St. Louis Global Game Jam last January. You can get a taste of the original over here, though the new Towel Fight has many more layers of insanity than the old.

While we were already personally pumped about the project, our first round of testing, done by those Butterscotches on our newsletter, showed us that we may have stumbled onto something wonderful.

Moving forward, we're continuing to experiment with the game, diving into a new dungeon system, the ability to modify and build your own 'Jectiles (the animals you fire from your monocle [yes you read that correctly]), and a full blown story that may or may not bring tears to your eyes. TEARS OF JOY.

Below are a few excerpts from the newsletter we sent out on Friday of this past week. We include new enemies, weapons, general life updates for Butterscotch and, gasp playable versions for you to rub your gorgeously manicured hands over.

If the above, plus sassy writing, is of interest to you, don't hesitate to become a Butterscotch. It takes a village to raise an indie game studio. And, dare we say, you look fetching in a loin cloth. 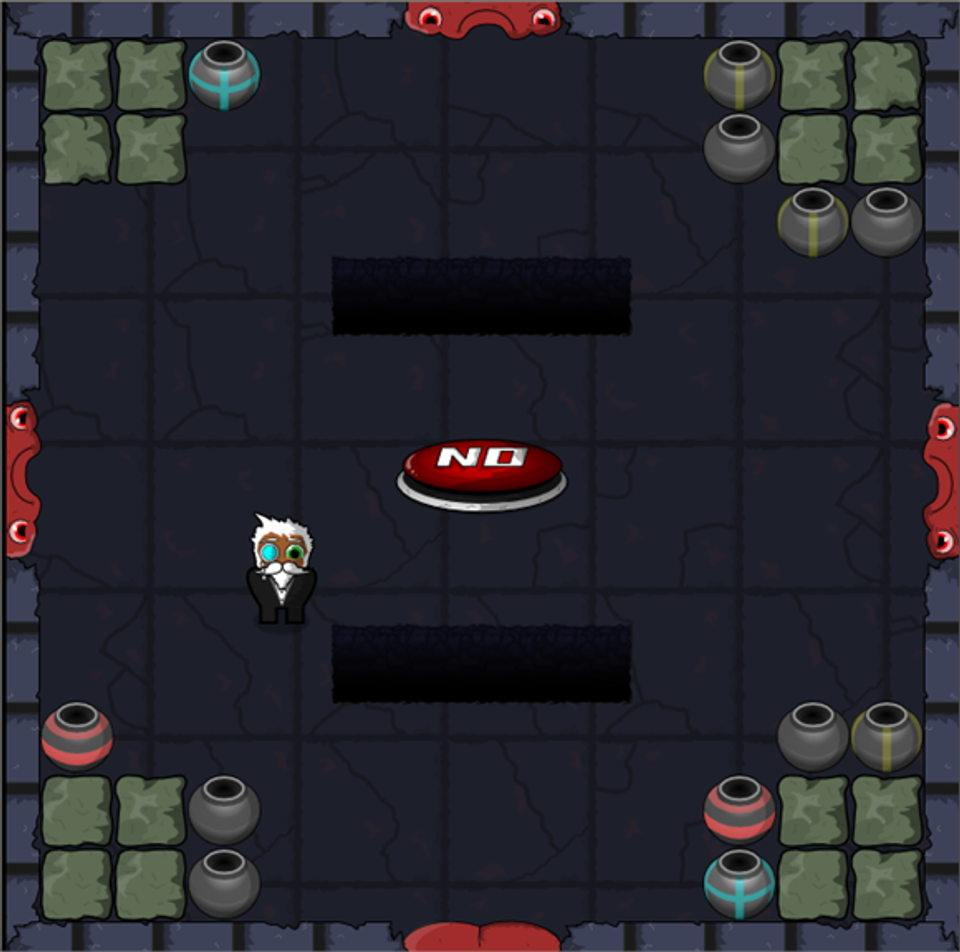 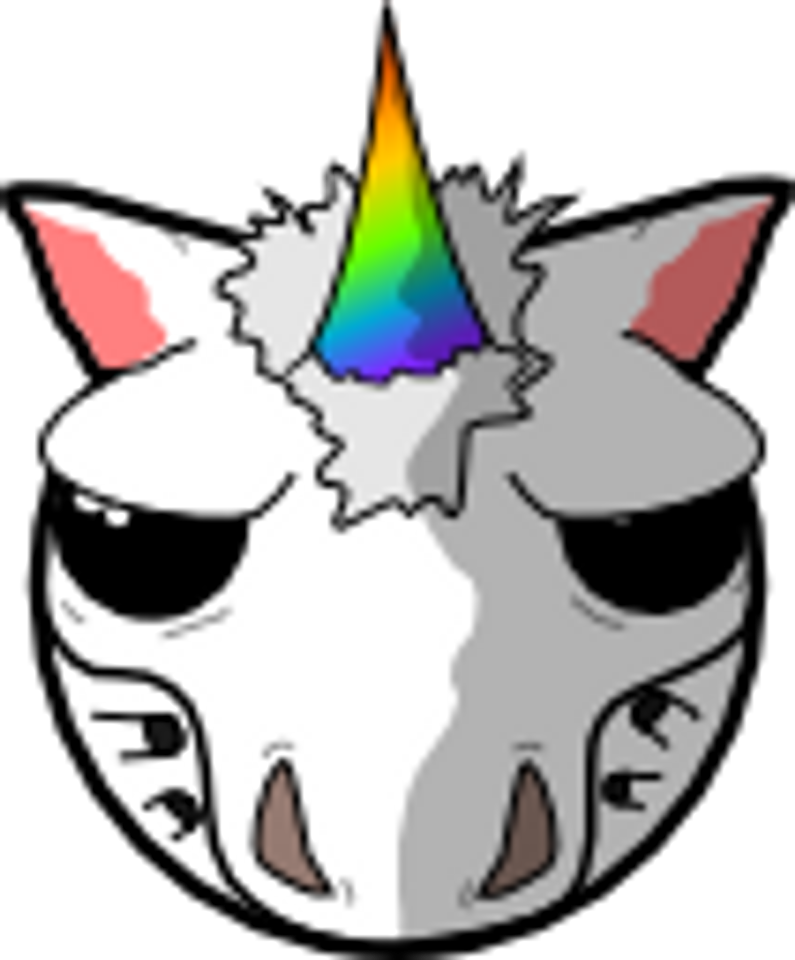 The unicorn is one of the mythological weapons found in dungeons.

Reasons you want this in your clip:

Reasons you can't have it:

You got destroyed by tiny gels in the dungeon and its entrance is now blocked by rubble. 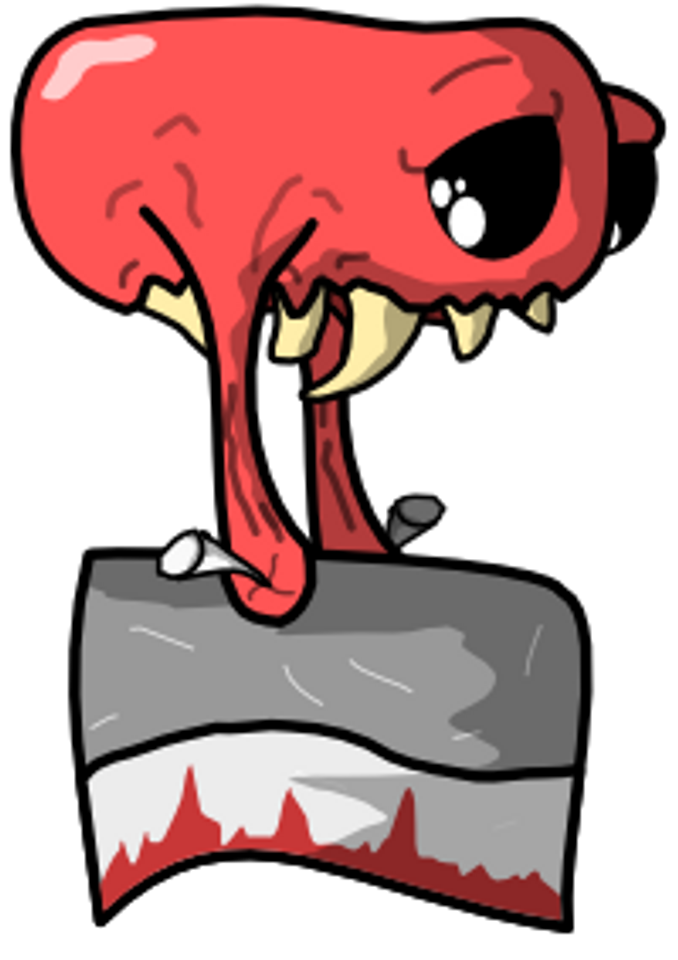 He doesn't want to cleave you. Really. It's just that that thing gets super heavy and...well he likes being around you.

Chop flies around and occasionally drops his cleaver on your face. The longer he lasts the more tired he gets, and the faster he drops his cleaver. It's best to take him out of his miserable existence early, before you lose your head.

The Butterscotch development process was born from game jams.

by Bscotch
8.3 years ago

Overall there are some great quality-of-life improvements, a bit of optimization, and better visuals for the various plasmids.

by Bscotch
8.5 years ago