HEY! Are you looking for something to do this weekend? Well, SEARCH NO MORE!

Back when we were nearing the end of Crashlands development, we were contacted by the fine folks at Forever an Astronaut, a local film production team. They wanted to create a documentary series about some of the stories coming out of the Saint Louis game development scene, and they asked us if we'd like to have the story of Crashlands be their first season. Naturally, we said HECK YES.

We began filming a few months before Crashlands entered beta,  and the Forever an Astronaut crew was there to capture the final days of development, the launch of the game, and the conclusion of all the crazy health stuff we were going through at the time. They truly did a phenomenal job of capturing the feeling of what it's like to be part of this team and do what we do, and they were incredibly thorough in researching and explaining all the backstory that led up to our studio's existence.

If that sounds like something you'd enjoy, you can find the Crashlands documentary, "Brace for Impact", over at Amazon Instant Video. And if you've got an Amazon Prime membership, you can stream it for free! Have a great weekend, everyone! 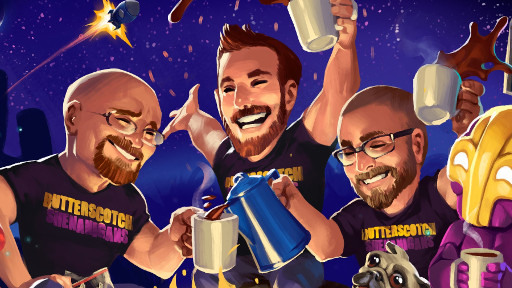 by Adam Coster
3.8 years ago

"Do What You Want" has arrived!

Have you ever really wanted to do a thing, and then not done it?

by Bscotch
3.8 years ago